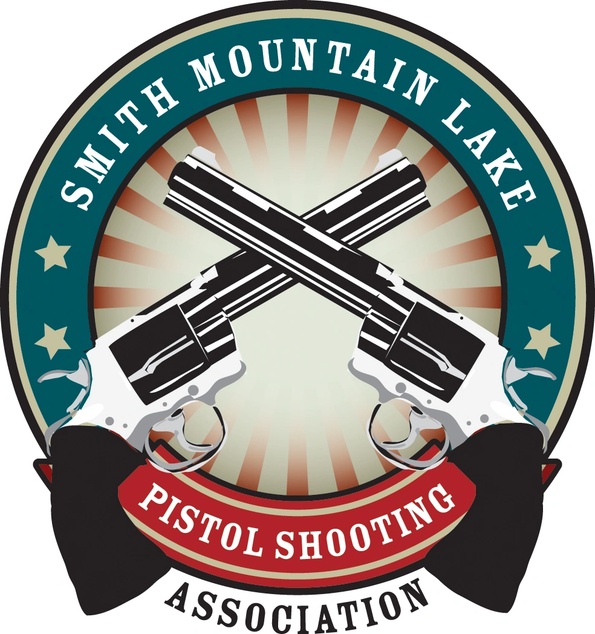 The Cops and Cowboys matches are based on Cowboy Action Shooting (CAS) scenarios and use rules and procedures adapted from those used by the Single Action Shooting Society (SASS). Cowboys use 2 single action revolvers, a double barrel, pump or lever action shotgun and a lever action rifle in a pistol caliber. Guns used are either original or reproduction pre-1900 models. The “Cops” may use any modern pistol and a pistol caliber carbine (or another pistol if desired) and a shotgun. A typical match requires 10 rifle rounds, 10 pistol rounds and 2 – 4 shotgun rounds. Targets are placed 20 – 30 feet downrange for the rifle and shotgun and 15 – 20 feet for the pistols. Pistols are normally drawn from holsters. Rifles are staged on a table loaded (normally) with 10 rounds and an empty chamber. Shotguns are staged on a table open and empty for Cowboys and closed on an empty chamber with magazines loaded for the Cops. Pistol(s) are loaded with 5 rounds and holstered. Semi-auto pistols use 2 magazines with 5 rounds each. We cardboard for targets for rifles and pistols and polymer self-sealing targets for the shotguns.

We usually shoot 5 stages per match. A storyline is read for each stage and the shooting order for the target configuration for that stage is explained. When a shooter is ready, the range officer will press the start button on a shot timer. At the beep, the shooter will engage the appropriate targets in the required sequence. The shot timer records the total time taken from the buzzer to the last shot fired. Misses count as a 5 second penalty and procedurals (usually shooting the targets out of sequence) count as a 10 second penalty. The shooter’s time is recorded. Lowest overall time for the 5 stages determines the “winner”.

Matches are scheduled for the second Monday of the month from September through May from 5:45 PM – 9 PM. We will shoot on Friday night from June – August. There is a $10 fee for members and a $15 fee for non-members.

Feel free to come out to participate or just watch and see if single action pistols, pre 1900 shotguns and lever guns can really compete with semi-autos.